Today, Wine Spectator announced their annual Top 100 list, and for the fourth time in three years, it includes one of Foley Family Wines’ best. The 2017 The Four Graces Dundee Hills Reserve Pinot Noir earned a spot on the highly-coveted list, coming in at #29.

“A delicate and polished beauty, with expressive violet and raspberry aromas that open to gracefully layered cherry and spiced cinnamon accents that build richness toward reined tanning,” wrote Wine Spectator’s Tim Fish when awarding the wine 94 points earlier this year.

Tim Jones, head winemaker for The Four Graces talked about how important the role the terroir plays for The Four Graces. “In the Willamette Valley, the winemaker always takes a backseat to the vineyard and season. I see my role as discovering what a vineyard can provide, rather than trying to force a particular style.”

Foley Family Wines now boasts five wines to be named to the WS Top 100 in its history, four in the past three years. The others to make the list include the 2005 Merus Cabernet Sauvignon, which made an appearance in 2008 at No. 95, the 2014 Lancaster Estate Cabernet Sauvignon, which was ranked #86 on the 2017 list, and the 2014 Foley Johnson Meritage, which finished out the list at #100 back in 2018.

SHOP ALL THE FOUR GRACES WINES 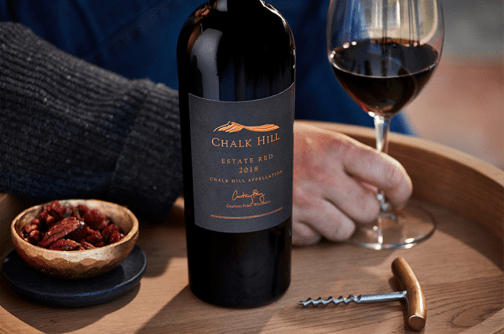 High Scoring Wines from Chateau St. Jean and Roth to Chalk Hill and Silverado Vineyards. The big scores keep dropping! We’re thrilled to present seven wines in our portfolio that… 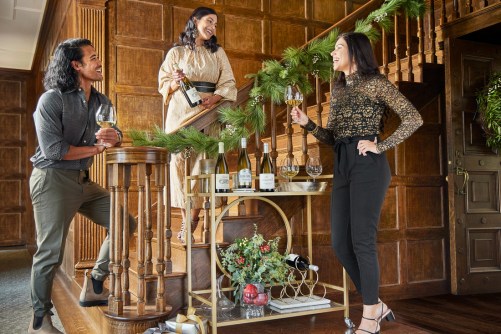 A Cheat Sheet For Hosting the Perfect Wine Tasting Party

From the bar cart to the cheese board, follow these tried-and-true recommendations to get your tasting party flowing as smoothly as the wine. We’re fast approaching the time of year…

Top-Rated Wines for Your Thanksgiving Table

From Acrobat Chardonnay to Silverado Vineyards Merlot our wines are gaining top scores. With Thanksgiving preparations underway for many homes, we wanted to draw your attention to the Foley family…